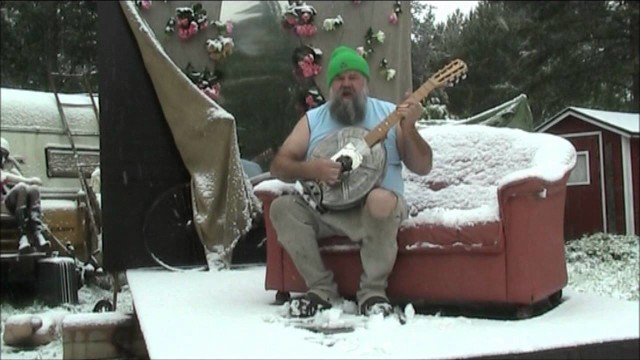 “It is noteworthy that this record cold was measured at a much earlier time—June 3rd—and now it’s the 17th, so the summer has gone far beyond that”, says weather forecaster on duty at the Finnish Meteorological Institute, Erik Saarikalle.

It was snowing today in Central Finland, Northern Ostrobothnia and eastern Lapland. Even on the level of Hämeenlinna.

But this man was not disturbed by the snow. He went out, swept the snow aside of the sofa, sat down and started singing Stevie Wonder’s song: Don’t you worry ’bout a thing.

Don’t you worry ’bout a thing
Summer is in

(Source for the cold records: Ilta-Sanomat)