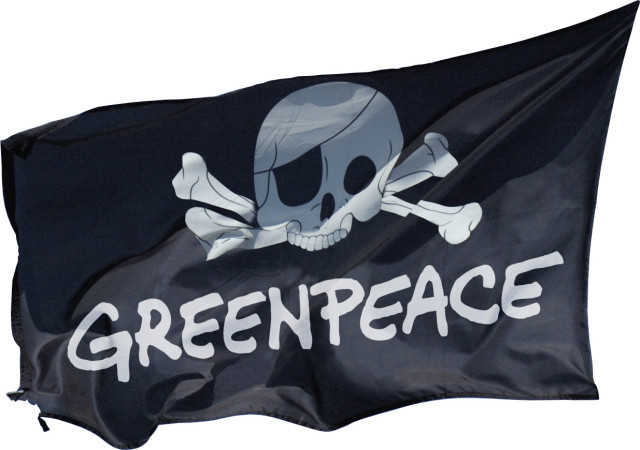 Picture by Kelmin Lumo. free to share and use. Credit appreciated.

Two weeks ago, on Wednesday 18 September, Saarela and Weber were arrested in Pechora Sea, in the Russian Arctic. They were protesting against Gazprom’s Arctic on oil drilling rig Prirazlomnaja.

On the next day Russian coast guard rose illegally to Greenpeace International’s ship Arctic Sunrise, which was in international waters. Coast guard’s armed men kept 30 Greenpeace activists captured for five days, when the ship was towed towards the harbor of Murmansk.

Once there, 30 activists were taken to be interrogated, and at the trial on 26 September most of the activists were sentenced to pre-trial detention for two months because of possible piracy suspicions.

What were they there pirating for? Oil?