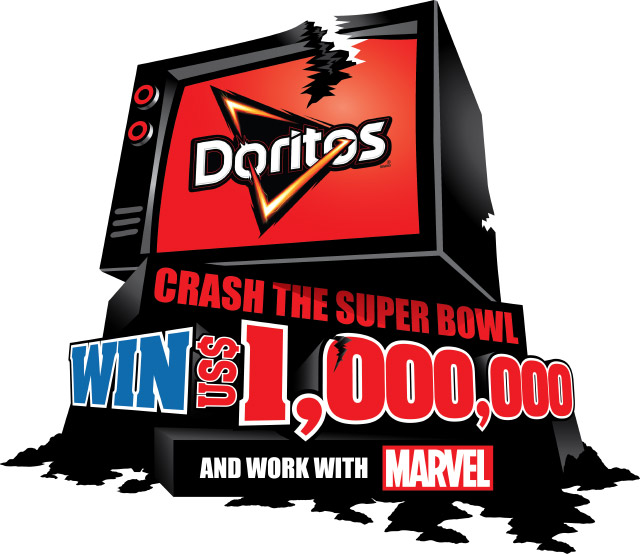 Doritos is calling its fans and filmmakers to create an ad for them which is going to be aired during the Super Bowl 2014. Two participants from five finalists will be selected and both will have an opportunity to work on the next Avengers movie set. One of them will get $1 million grand prize with the most fan votes.

The annual Crash The Super Bowl video contest is the eighth in a row, but this time it’s global.

Check out the infographic below the absurd Crash Ambassador video.