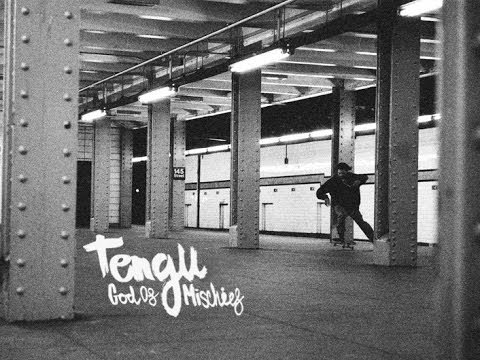 NYC Transit Rules of Conduct says it’s a violation just to stand on a skateboard on the subway. Watch these skaters kissing off the rules and skating all over in the subway system, including in train cars and in walkway tunnels passing by commuters.

But there’s more. In the end of the video Koki Loaiza does an ollie over the train tracks toward the third rail (because it’s probably the only spot and side where it’s doable) at the 145th Street stop in Harlem.

What makes this short video directed by Colin Read even more interesting is the fact that the original music by Jacob Ireland is made entirely of subway sounds.